Today marks the beginning of National Infection Control Week in Canada and the US. As part of the Child Health Emergency Medicine Social Media Campaign, we are highlighting a Cochrane summary on vaccines approved for the prevention of rotavirus diarrhoea. This review was selected for the TREKK Evidence Repository on intussusception.

Vaccines for preventing rotavirus diarrhoea: vaccines in use

Rotavirus infection is a common cause of diarrhoea in infants and young children, and can cause mild illness, hospitalization, and death. Rotavirus infections result in approximately half a million deaths per year in children aged under five years, mainly in low- and middle-income countries. Since 2009, the World Health Organization (WHO) has recommended that a rotavirus vaccine be included in all national immunization programmes.

RV1 and RV5 prevent episodes of rotavirus diarrhoea. The vaccine efficacy is lower in high-mortality countries; however, due to the higher burden of disease, the absolute benefit is higher in these settings. No increased risk of serious adverse events including intussusception was detected, but post-introduction surveillance studies are required to detect rare events associated with vaccination.

These are the symptoms that characterize one of the most common pediatric illnesses – Acute Gastroenteritis (AGE). In Canada, AGE accounts for 10% of emergency department visits annually and results in the hospitalization of 1 in 25 children under the age of five, keeping primary care physicians busy as ever (1,2). Although AGE is not a serious condition in the developed world, it exerts significant economic burden. Estimates suggest Canadian AGE specific costs are $3.7 billion annually (2).

Despite the prevalence of AGE, its cost, and the ubiquity of its symptomatic presentation, there is no unified approach to its management in emergency departments (ED) institutionally, nationally, or internationally. Standardized, clinical decision tools targeting improvement of gastroenteritis care are not routinely used in Canadian EDs, which can result in variation in clinical decisions for key treatment approaches (3). In effort to bring easily accessible, up-to-date evidence for AGE treatment approaches to one place, a Cochrane overview of systematic reviews provides a cohesive summary of treatment options and their effectiveness to help clinicians in their evidence-based decision making. This overview included four systematic reviews containing 95 randomized controlled trials involving over 12,000 participants. Here is the key evidence you need to know when treating a child with AGE.

Dr. Moshe Ipp, a pediatrician and academic clinician from Toronto, shares his conclusions about this overview in this Cochrane Community podcast:

“In summary, oral rehydration therapy is considered to be the first line choice for rehydration in patients with acute gastroenteritis and mild to moderate dehydration. When there is significant vomiting, ondansetron is the recommended anti-emetic of choice. And probiotics have been shown to be safe and effective for hospitalized children.”

However, Dr. Ipp highlights that ondansetron may not be suitable for all children with AGE: “An interesting finding, and a note of caution, is that in 3 randomized controlled trials there was a higher frequency of diarrhea in the ondansetron group compared to placebo, and because of this finding it is suggested that ondansetron might not be the agent of choice when vomiting is associated with a significant amount of diarrhea.” 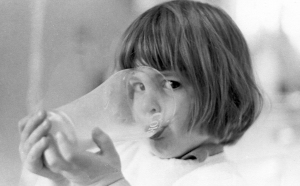